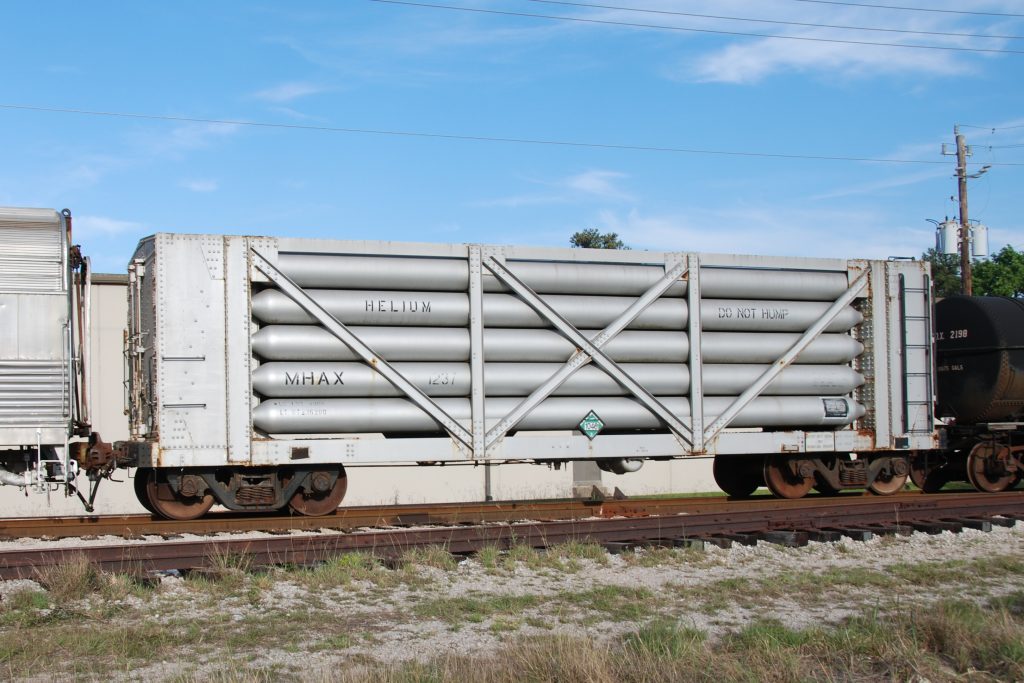 Before being placed on permanent loan to the museum, No. 1237 carried helium from the Texas Panhandle to the Kennedy Space Center at Cape Canaveral, Florida. The gas is used by NASA to pressurize Space Shuttle fuel tanks. 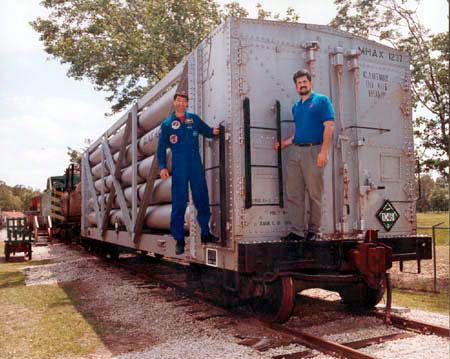 The helium car’s acquisition was spear-headed by NASA Astronaut and Gulf Coast Chapter – NRHS Member Mario Runco, shown at left above with the museum Past President David Taveirne.

The car is composed of a series of 30, 3/4″ nominal wall “long bottle tanks” to house 3000 lbs of helium under pressure. The tanks are laid out in a array of 5 rows, by 6 tanks wide. One end of the car has large steel doors that open to expose the control valves and pressure regulators.

Tare (empty) weight is 235,000 lbs (115 tons), making these cars among the heaviest freight cars ever built. Two totally separate braking systems are used on the car (one set per truck) to provide the braking force needed for the heavy car. 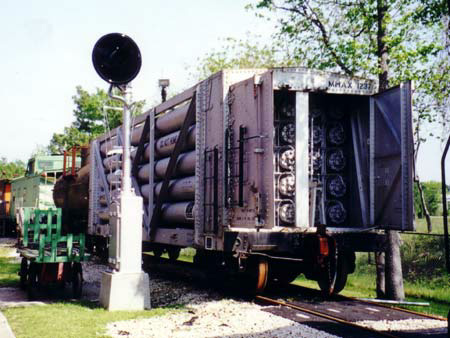 The unique helium car has been on display at the museum since 1999.