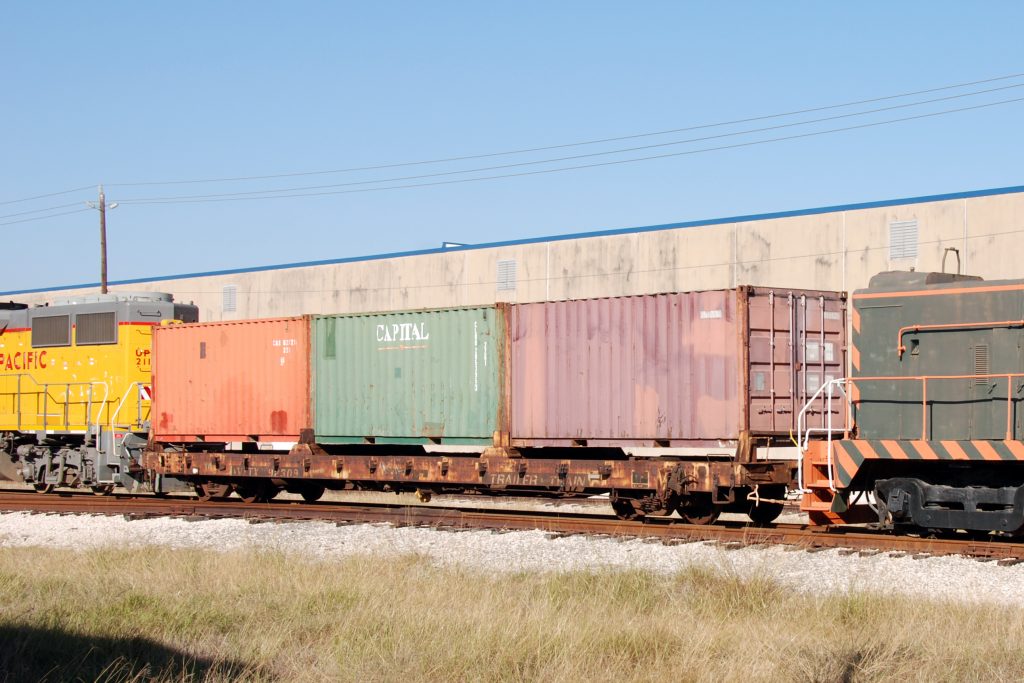 TrailerTrain No. 92309 was delivered in 1967 as a general service flat car with a different road number. With the addition of fixed container pedestals in the mid-1980s, the car was reclassified, renumbered and assigned to COFC (Container On Flat Car) service. In this configuration, No. 92309 is highly representative of the containerization revolution, which brought dramatic change to the global transportation industry in the second half of the 20th century.

TrailerTrain Company was formed in 1955 by three companies, the Pennsylvania Railroad, Norfolk & Western (partially controlled by PRR) and Rail-Trailer Corp. to standardize “piggybacking”, that is, the carriage of truck trailers on flat cars. In 1964 TrailerTrain began expanding its operations by adding general service flatcars such as the museum’s 60-ft. long car. In 1985, TrailerTrain launched a program to modify surplus 60-ft. cars like No. 92309 for the fast-growing container haulage market.

Known as TTX Co. since 1991, the firm is owned jointly by North America’s leading railroads, and it now operates a fleet of over 220,000 freight cars, including flatcars, boxcars and gondolas.