The Texas Mexican Railway, which runs between Laredo and Corpus Christi, was the first “Class 1” railroad to completely replace its steam engines with diesel locomotives. No. 510 was in the second wave of new diesels that displaced steam on the Tex-Mex’s lines. 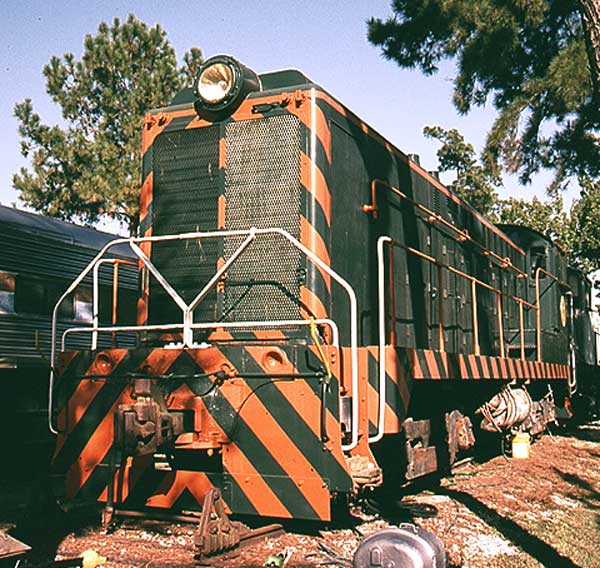 In the photo above, museum volunteers have almost completed the repainting of No. 510 into her original Tex-Mex green and orange colors.  No. 510 was built in Eddystone, Pennsylvania, by the Baldwin Locomotive Works.  Texas Mexican used the 750-hp locomotive for switching chores at its various rail yards.  However, No. 510 is more than just another switch engine – she is a movie star!  The engine was assigned the task of pulling a train over Jack Nicholson in the film The Border, shot partially in one of the Tex-Mex’s yards.

In the mid-1970s, No. 510 was sold to the Texas Crushed Stone Co. (TCS) of Georgetown, Texas.  The locomotive operated in the TCS gravel yard in Houston, hauling uncounted tons of rock destined for use in building Houston’s freeways.  In 1984, a newer locomotive took over duties at the gravel yard, and No. 510 was set aside as a spare.  By 1989, No. 510 had become surplus to TCS’ needs, and upon donation, the 198,200-lb engine became the first locomotive acquired by the Gulf Coast Chapter – NRHS. 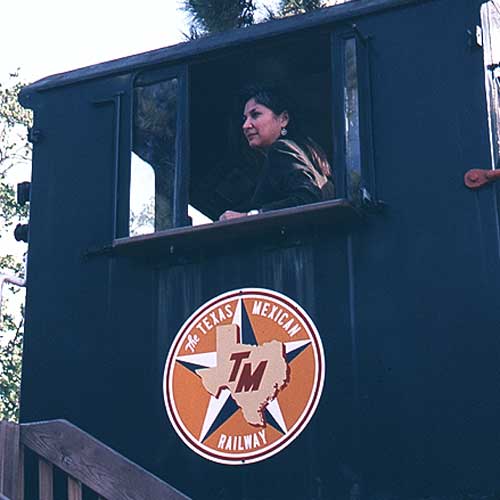 Local Houston TV reporter Cynthia Cisneros broadcasts live from the cab of No. 510
during an October 2002 afternoon news program that featured the Gulf Coast Railroad Museum. 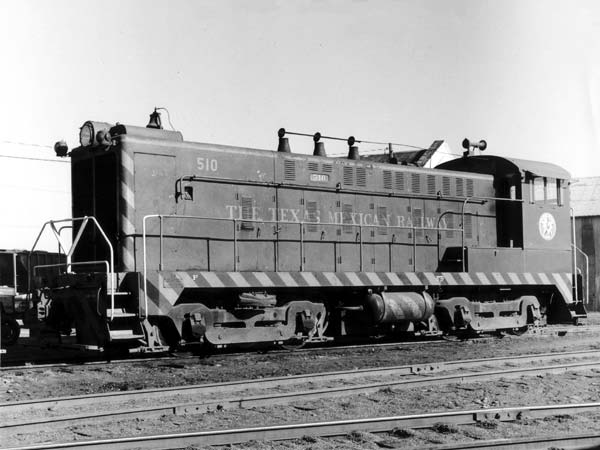 No. 510 during her active career on the Texas Mexican and at the gravel pit in Houston. 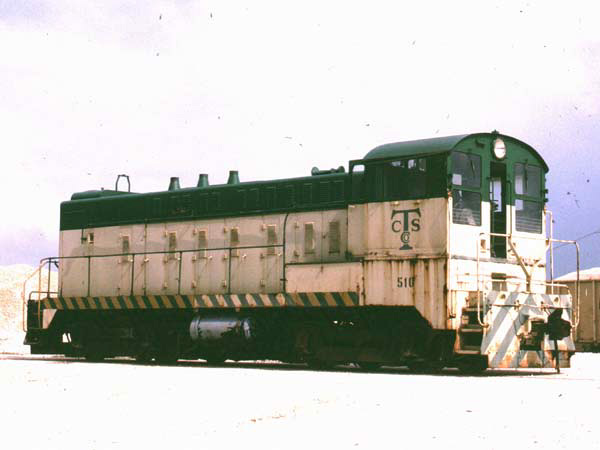 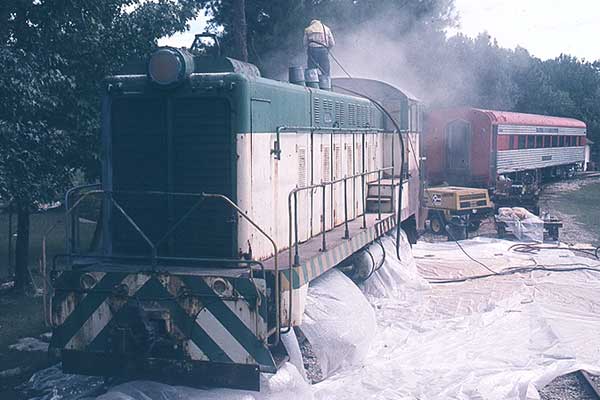 Preparing No. 510 for her new coat of Tex Mex green and orange. 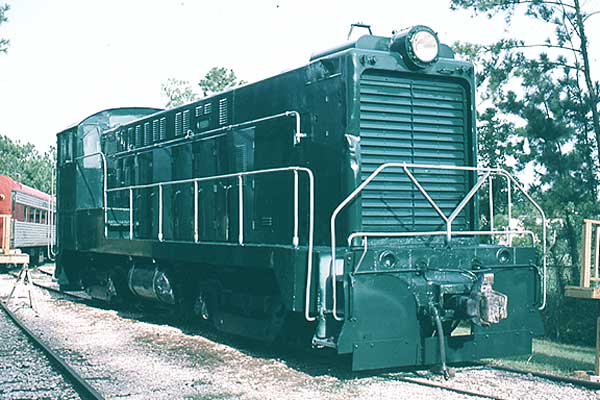 The photos below of No. 510 in service on the Tex-Mex were forwarded to the museum
by Tom Guernsey in early 2009. Thanks, Tom! 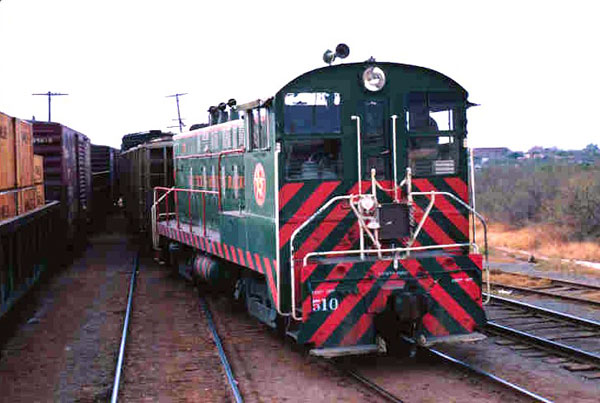 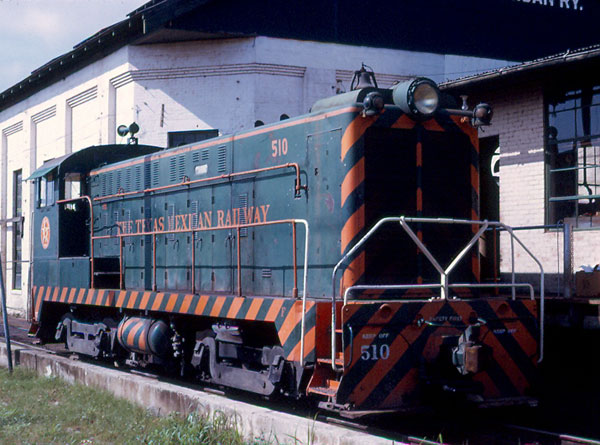 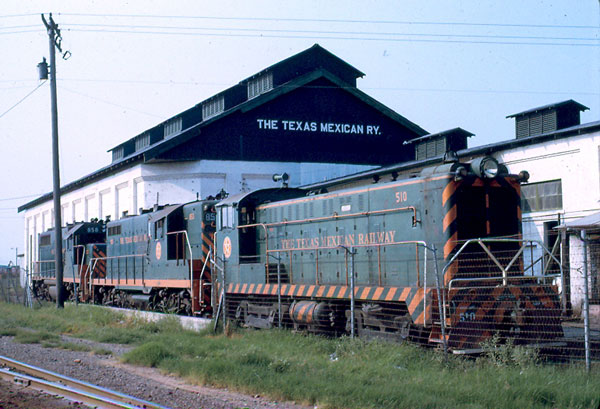 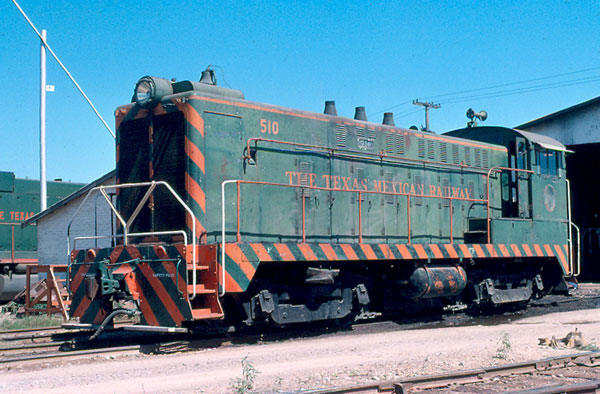