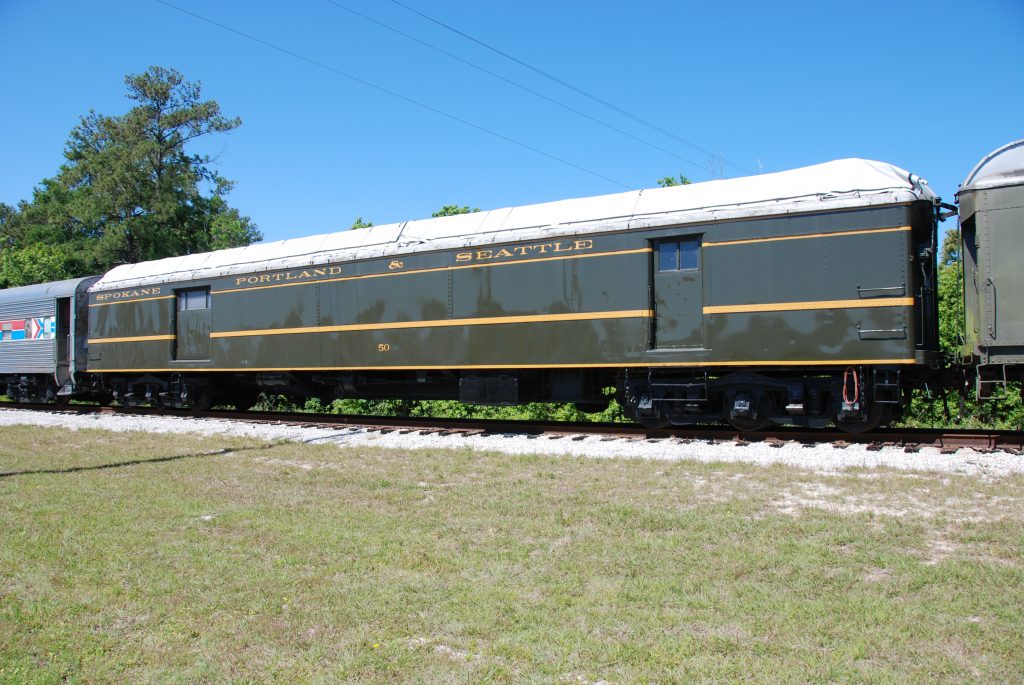 SP&S No. 50 is the oldest car in the museum’s collection.

Spokane, Portland & Seattle Railway (SP&S) No. 50 was built for the railroad in June 1915 by Barney & Smith Car Co. of Dayton, Ohio. When built, the car was configured as a railway post office-baggage car carrying No. 41. In November 1952, the RPO section was removed and the car reassigned to mail storage duties. The outlines of the RPO section’s windows are still visible next to the car’s smaller door – this was the door to the RPO section, where a mail hook similar to the one on AT&SF No. 3401 would have been installed. 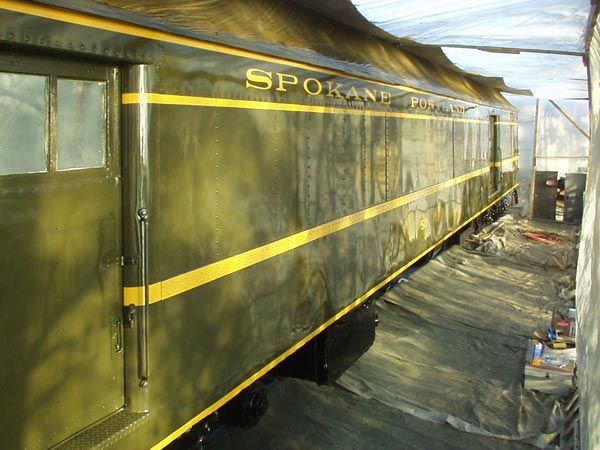 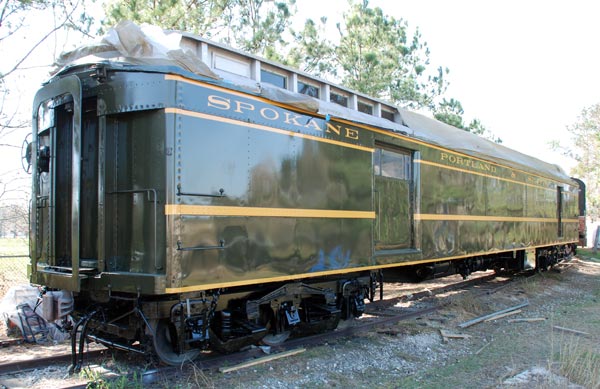 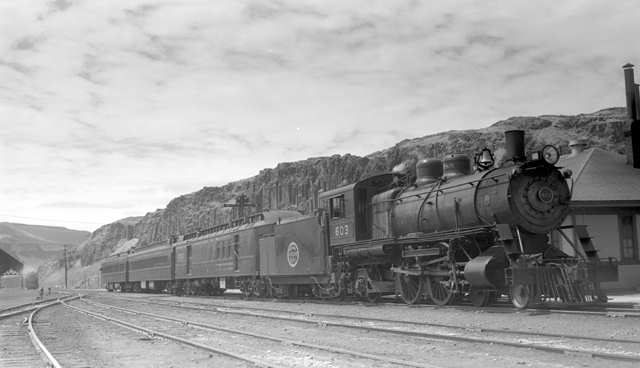 Above, No. 50 (as RPO No. 41, just behind the locomotive) or an identical car was caught in service by famed photographer Otto Perry on July 28, 1940. This is SP&S train No. 4 at Wishram, Washington. Photo used with permission of Denver Public Library, Western History Collection, Otto Perry Collection, reference OP-16184.

According to information provided by the SP&S Railway Historical Society and the Astoria Railroad Preservation Association (ARPA) of Astoria, Oregon, No. 50 (as No. 41) was one of a group of 21 cars of various types built to carry passengers between Portland, Oregon, and the port of Flavel for connection with two 524-foot steamships operated by a subsidiary of the railroad, the Great Northern Pacific Steamship Co.  These steamships operated between Oregon and San Francisco in competition with rail service.  This was during the time that James J. Hill, the “Empire Builder,” controlled the SP&S and connecting lines Great Northern and Northern Pacific.  The vintage postcard below shows the steamship Great Northern of the Great Northern Pacific Steamship Co. 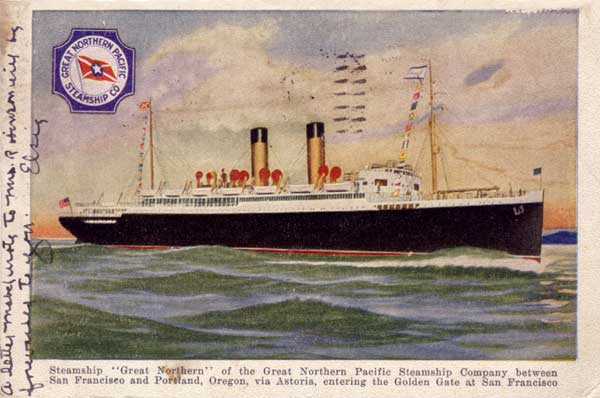 The Steamer Expresses were discontinued in 1917 when the ships were sold to the U.S. government for war time troop service.  The cars were then assigned to general service.

The ARPA owns and is restoring SP&S No. 273, a luxury coach built for the same Steamer Express service.  In addition, the Northwest Railway Museum at Snoqualmie, Washington, owns coach No. 276, also built in 1915.

In July 2003, James L. Abney of Oregon sent this missive to the Gulf Coast Railroad Museum about SP&S No. 50:

“I pulled the SP&S 50 thousands of miles in passenger service before Amtrak. I am pleased to learn that it still exists and is being cared for. I hope to be able to visit your museum sometime to see it.”

“I represent the third generation in my family to hire out on the SP&S and have been on a BN (now BNSF) leave of absence since 1987 to run trains for Amtrak, where I’m currently running the Spanish Talgo trains on the Amtrak Cascades service. I too am involved in railroad historical activities and just celebrated my 45th anniversary of volunteering on steam.” 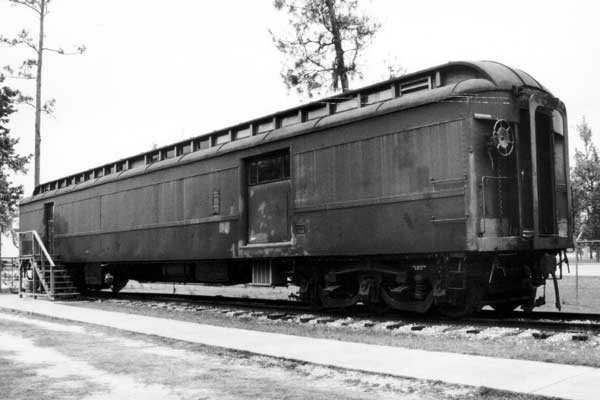 No. 50 as it appeared at the museum for years as home to the Gulf Coast Chapter – NRHS archives. During 2009, the car was repainted into its full SP&S colors.