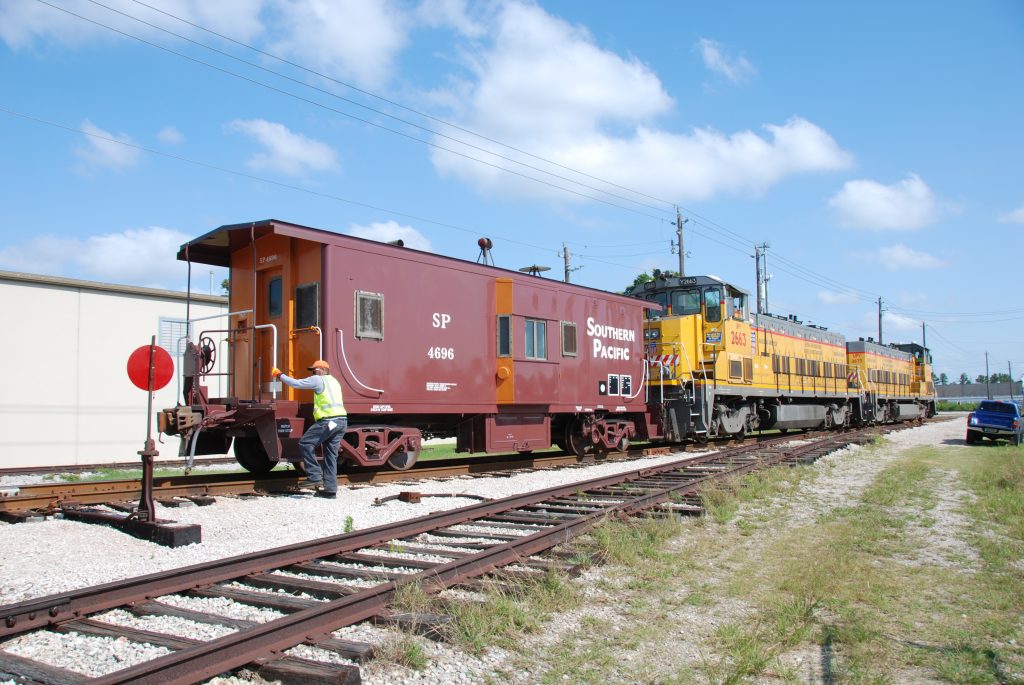 SP bay window caboose No. 4696 being prepared to move from the museum’s former Houston location.

This bay window caboose was built in April 1979 by International Car Co. of Kenton, Ohio.  Acquired by the museum in 1994 through a purchase funded by member donations, this is the newest car in the collection. 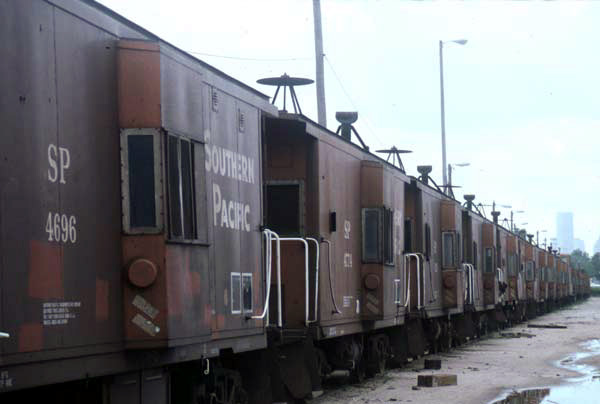 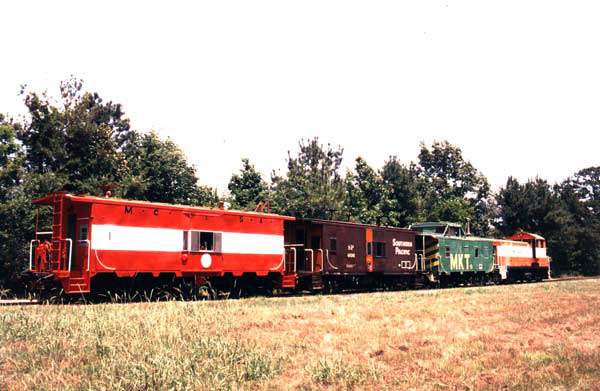 A few years later, No. 4696 has been rescued, and is one of the stars of a Gulf Coast Railroad Museum excursion on the Moscow, Camden & San Augustine Railroad in East Texas. 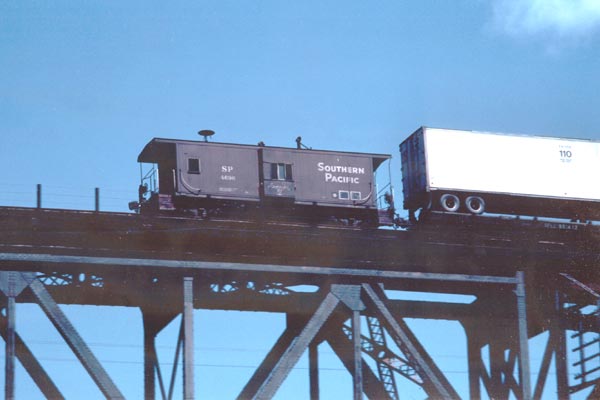 The in-service photo by Tony Johnson was taken May 25, 1989. No. 4696 is northbound over Shasta Lake in northern California.

We have little information on the service life of No. 4696, but the car is somewhat unusual in being equipped with a large number of seats.  It is believed, but not confirmed, that the car may have been so equipped to accommodate railroad security personnel accompanying certain trains. We are seeking additional photographs of No. 4696 in service on the Southern Pacific.  If you can help, contact the museum.

In late 2007 and early 2008, with funding from a grant by Houston Endowment, No. 4696 and sister museum car MKT No. 6 were shipped to Arkansas for cosmetic restoration by Cherokee Mobile Services. 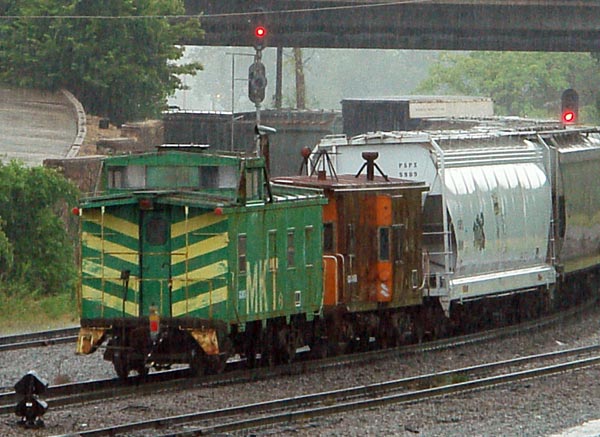 The two cabooses are seen above passing through Little Rock on a rainy fall day in 2007. Photo by Ken Ziegenbein.

Above, No. 4696 and No. 6 depart Houston’s Englewood Yard on the UP local headed to Railwood and the Houston Railroad Museum. 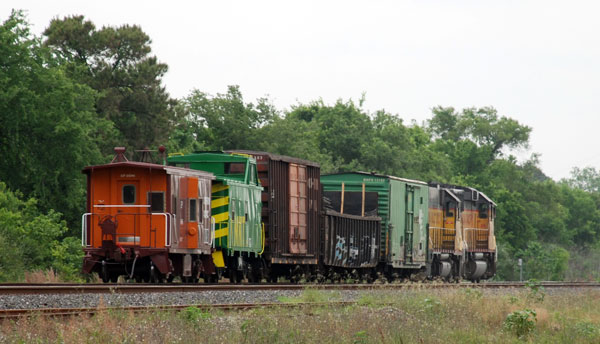 Headed along the former SP Sunset Route towards the Railwood Industrial Park lead. 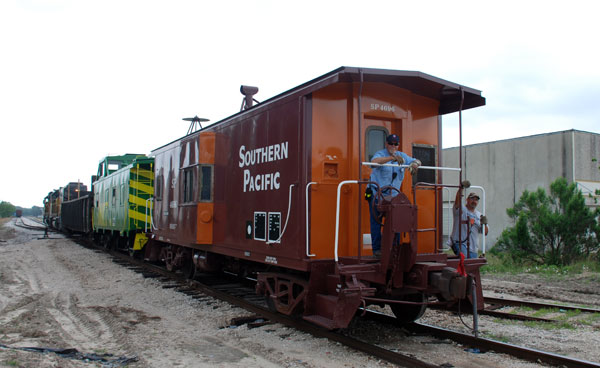 Backing towards the museum switch, No. 4696 shows off its new paint.