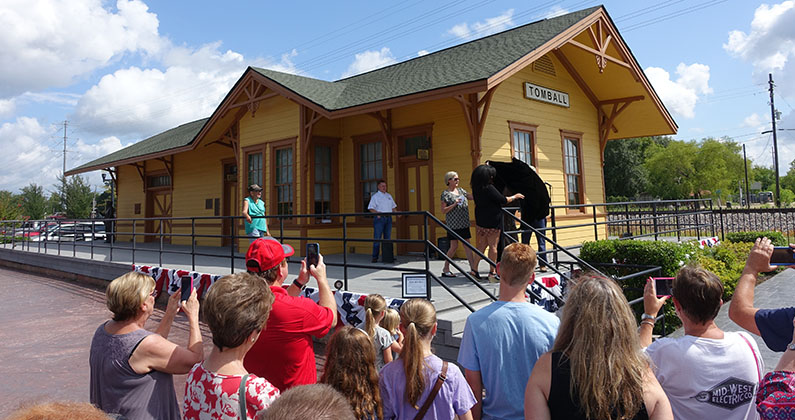 Tomball’s historic railroad depot is the setting for many community events each year.

Settlers in the Tomball area began arriving from Europe in the mid-1800s, seeking a better life and a desire for true freedom in a new home. These pioneers were pleased to find the thick, lush forests around Spring Creek to be much like the Black Forest of Germany, capable of supporting a thriving lumber industry. The rich soil throughout the area was perfect for farming and livestock.

The settlement was originally known as Peck. With the construction of the Trinity & Brazos Valley Railway through the community in the early 1900s, the town gained a freight station, telegraph office, stock pens and loading chutes, a five-stall roundhouse and other facilities that transformed the town into an agricultural trade center.

A caboose lettered for the Trinity & Brazos Valley Railway commemorates the company that built the original railroad through Tomball.

The railroad was of singular importance to the community: In ceremonies held on Dec. 2, 1907, at the railroad depot, Peck was renamed Tomball in honor of the man responsible for routing the railroad and its operations through the small town. His name was Thomas Henry Ball. The historic depot is now preserved and serves as the centerpiece of the city’s downtown Depot Plaza and Park.

Ball, born in 1859, was by trade a corporate lawyer. He served in the U.S. Congress, was elected mayor of Huntsville three times, and is known as the “Father of the Port of Houston” for his strong support for publicly owned port facilities in Texas. By bringing the railroad to the community, Ball ensured the growth that would follow for years to come.

Tomball, the northernmost incorporated municipality in Harris County, has grown to become a diverse and vibrant community just 35 miles from downtown Houston. Tomball continues to thrive close to its big city neighbor while retaining its small town character and hometown sensibilities. 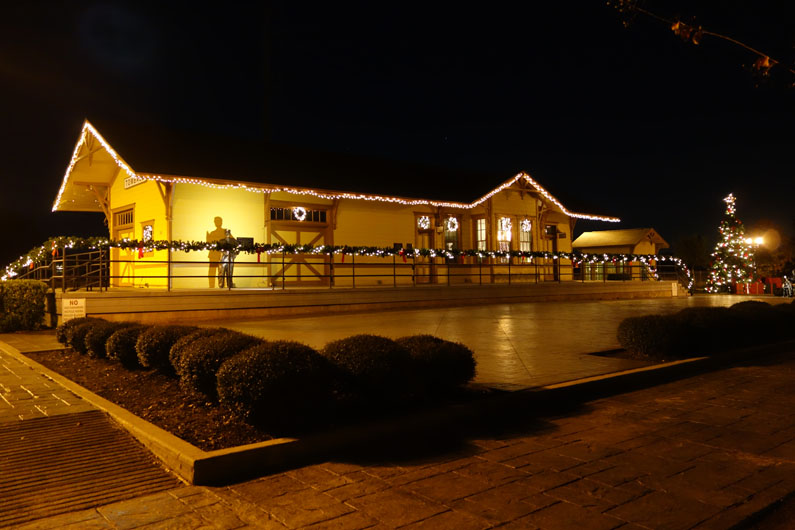