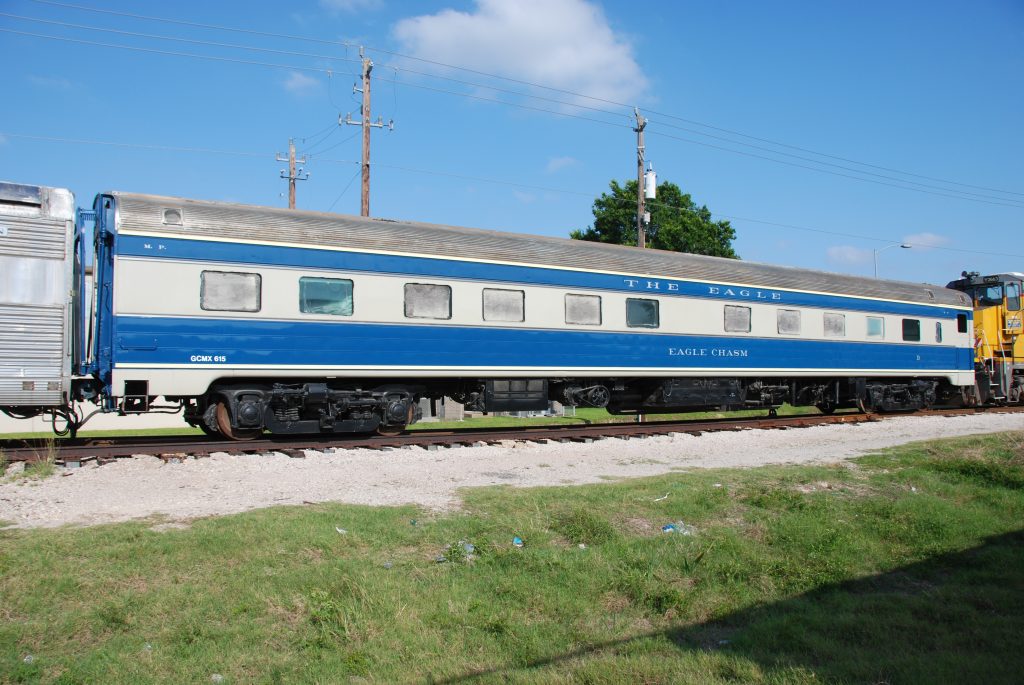 The Eagle Chasm is a 10 roomette, 6 double bedroom sleeping car built by the Budd Co. in 1949.  The car primarily saw service on Missouri Pacific’s famous streamliner Texas Eagle.  The car was acquired by Gulf Coast Chapter NRHS in 2005 through a purchase from a private owner funded by donations from museum members. The photo below, taken at Temple, Texas, by Tom Marsh, shows the car shortly before it was moved to Houston. Cosmetic restoration began in 2010, as seen in the photo above.

Taken at Temple, Texas, by Tom Marsh, shows the car shortly before it was moved to Houston. Cosmetic restoration began in 2010, as seen in the photo above.

The Eagle Chasm is an important addition to the museum’s collection, which previously did not feature any significant pieces from the Missouri Pacific, one of Texas’ most important railroads.  In addition, the car brings its own special history:  Eagle Chasm was the last Missouri Pacific sleeping car to operate on the Texas Eagle from Laredo to St. Louis before the discontinuance of the service.  After Missouri Pacific passenger service ended completely in 1971, the car was retained by the railroad for business train service.  The car is in original condition, having never served on Amtrak. The car is seen in service below at San Antonio in a June, 1963, photo by E. L. DeGolyer, Jr.  The photo is used here by permission of DeGolyer Library, Southern Methodist University, Dallas, Texas, Ag1982.0232. 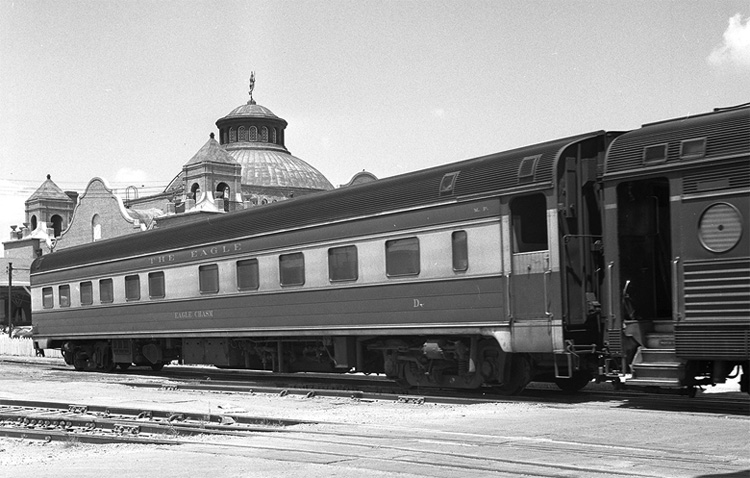