Caboose No. 6 is one of 25 identical cars built in 1949 by the skilled workers at the Missouri-Kansas-Texas Railroad (MKT) shops in Denison, Texas. 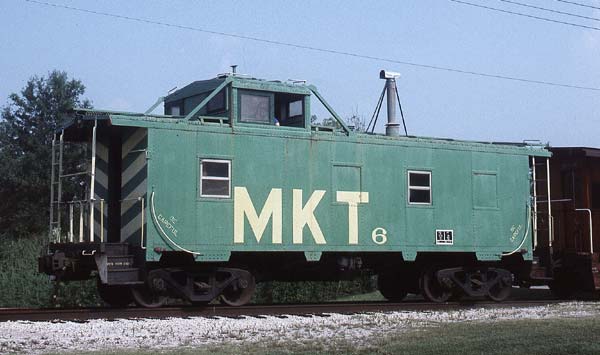 No. 6 on display at the former Gulf Coast Railroad Museum; the car has since been repainted as shown in photos below. 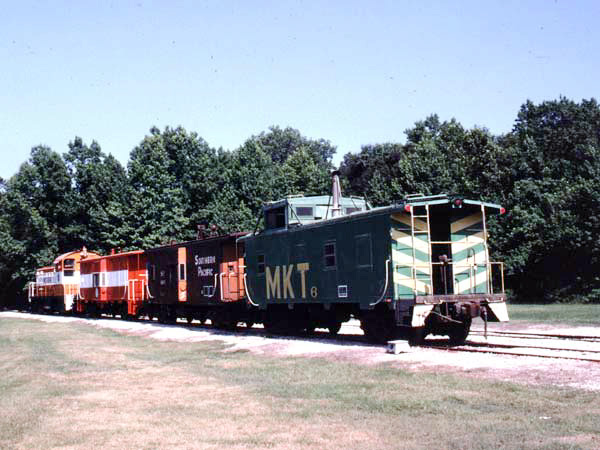 In the picture above, No. 6 is seen bringing up the markers on a Gulf Coast Railroad Museum excursion on the Moscow, Camden & San Augustine Railroad, an East Texas short line. 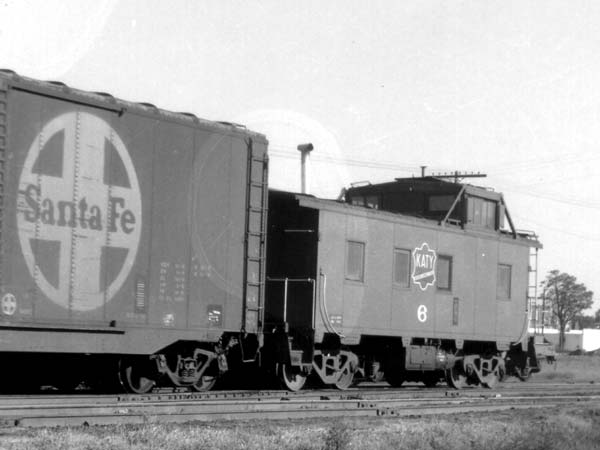 No. 6 in service on the MKT in the Katy’s 1960s era red paint scheme.
Photo courtesy Max Miller.

Originally numbered 1014 and painted “Sloan Yellow,” No. 6, a typical cupola caboose, saw service on all MKT lines in the Southwest United States.  Before the age of computers, the caboose served as the “office” of a freight train, where the conductor handled the paper work related to the train’s operation and the brakeman watched over the train as it traveled along the railroad.

At an unknown time, the car was overhauled, painted in MKT’s overall red paint scheme and renumbered 6.  During much of the mid-1980s, No. 6 worked in Oklahoma, but in 1988, the victim of spray paint can-wielding vandals, No. 6 was repainted and reassigned to Houston. 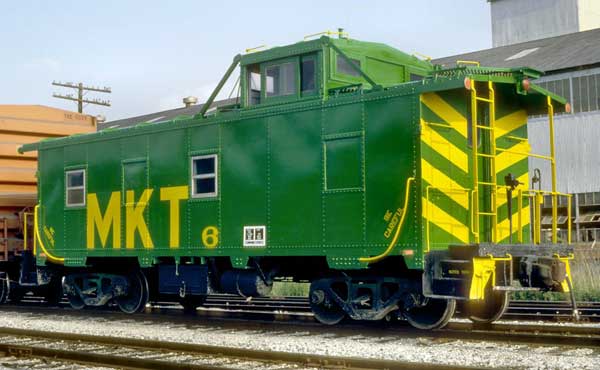 The car worked regularly between Houston and Galveston on a freight train known by railroaders as the “Salty.” The caboose is seen in that service in the photo above, which was taken by Gary Morris.

No. 6 is believed to have been the last standard cupola caboose in service on the MKT.  The MKT was merged into the Union Pacific Railroad in late 1988.  During the winter of 1988-1989, No. 6 was stored as it lacked a heater to keep the crew warm (the car originally had a coal-fired stove; the stove currently displayed in the car was purchased by the museum after No. 6’s acquisition).

The car never returned to regular railroad service, its retirement brought on by the changing needs of modern railroading.  Union Pacific declared the car surplus and donated No. 6 to the Gulf Coast Railroad Museum in May 1989. 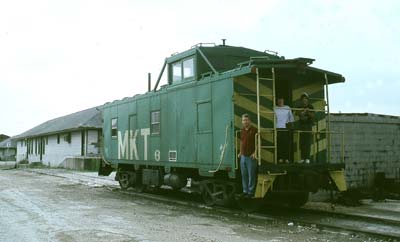 Museum members inspect No. 6 at MKT’s Eureka Yard in Houston soon after the car was donated by Union Pacific. The caboose was dispatched from Eureka Yard, much of which is now abandoned, for its last in-service runs.

In late 2007 and early 2008, with funding from a grant by Houston Endowment, No. 6 and sister museum car SP No. 4696 were shipped to Arkansas for cosmetic restoration by Cherokee Mobile Services. The cars are seen above passing through Little Rock on a rainy fall day in this photo by Ken Ziegenbein. 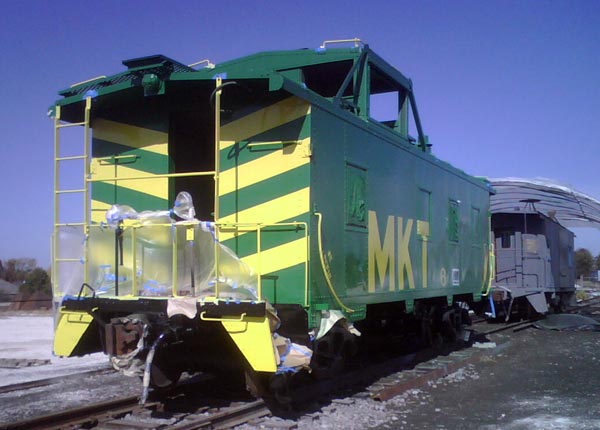 In the photo above, taken by Jim Elgin of Cherokee Mobile Services, cosmetic restoration of No. 6 is almost complete, while SP No. 4696 waits in the background in primer.

The freshly painted No. 6 and No. 4696 returned to Houston in late April 2008. The cars are seen here being delivered by Union Pacific from Houston’s Englewood Yard in these photos by Tom Marsh. 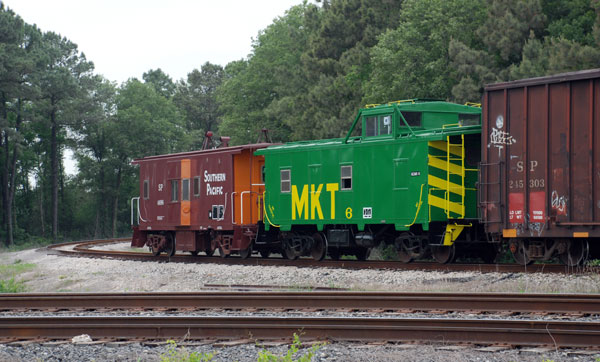 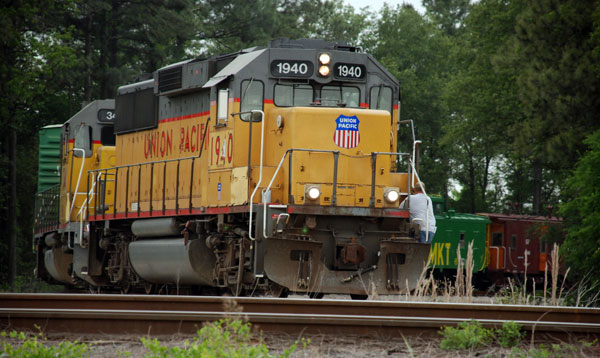 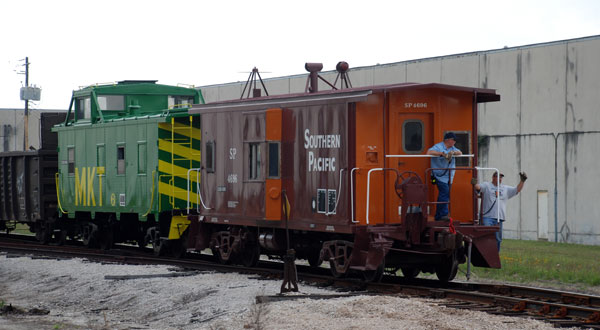