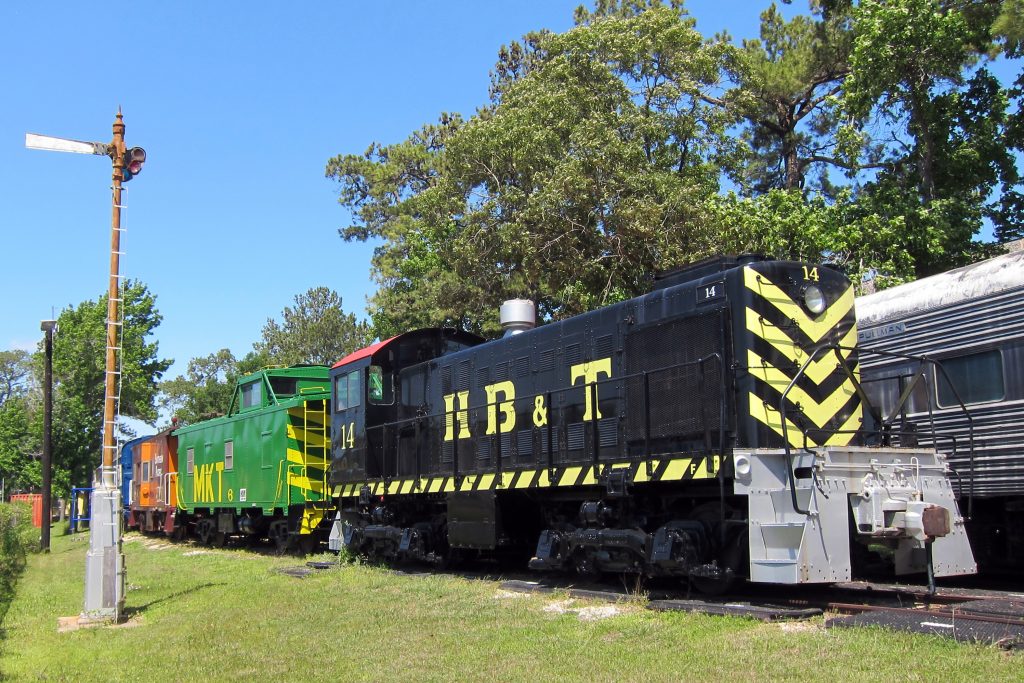 No. 14 was built in 1945 by the American Locomotive Co. (Alco) for the Houston Belt & Terminal Railway. The locomotive worked for “The Belt” at the terminal line’s various yards and Houston Union Station. 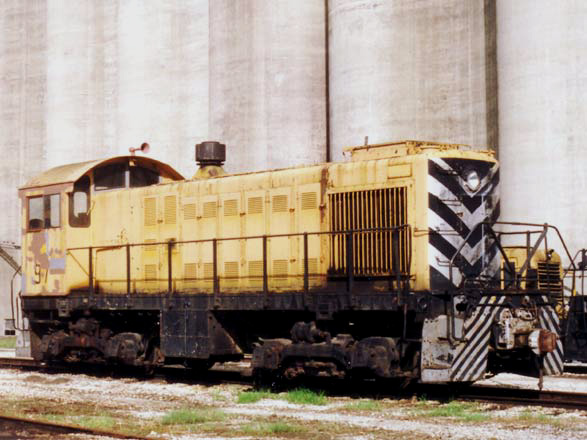 No. 14 in disguise as Union Equity No. 97 at the Union Equity grain elevator on the Houston Ship Channel. The engine ended its service life at the elevator. 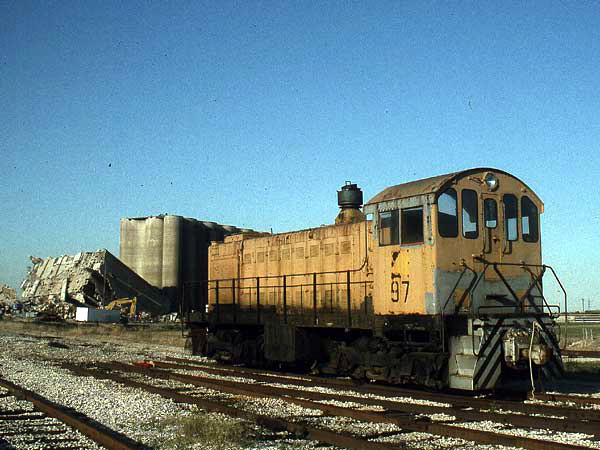 No. 14 was donated to the Gulf Coast Railroad Museum in 1993 after the elevator closed. The view above shows the elevator being demolished in 1995. However, it wasn’t until 2001 that the unit moved to the museum.

In March 2001, No. 14 took to the air and then the highway for the move to the Houston Railroad Museum. 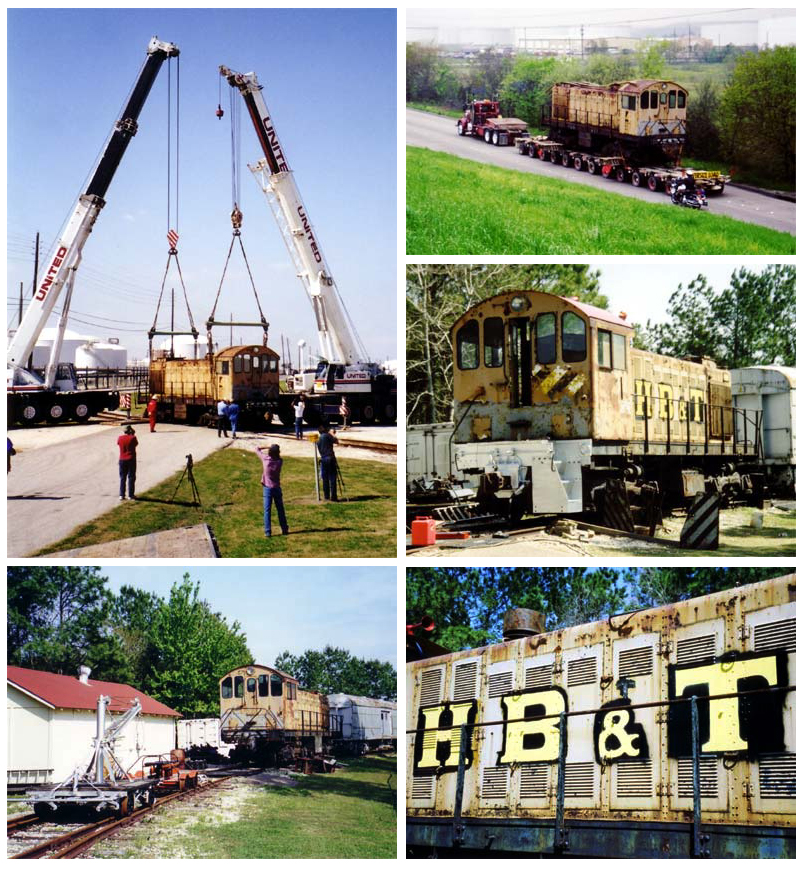 After arrival at the museum, a little archaeological work reveals No. 14’s true colors, with large block HM&T lettering. When delivered by Alco 1945, the engine wore the rather somber garb modeled by No. 11 in the photo lower down the page. Frame striping was added at a later date, as illustrated in the photo of No. 14 working at Houston Union Station. A recent cosmetic restoration saw the locomotive returned to the Belt’s interim black, yellow, red and silver paint scheme. The in-service shot of No. 18 below illustrates this paint scheme, but not to its full colorful advantage.

My name is Dan Due, I worked at Union Equity. Started there when I was 21 years old in 1977 and worked there until age 36 in 1992. I like many other coworkers spent many hour running and maintaining this engine. I was shocked at seeing this article. It almost brought tears to my eyes.

We had three other engines and two smaller ones that we called dingies. Spent many hours repairing tracks and derails.

While pushing in a line of cars with 97 [ex-HB&T No. 14] I had a ten foot flame coming from the stack, scared me so bad I pulled the emergency fuel shutoff! Had a hard time restarting it.

Utilizing a portion of a grant from Houston Endowment, No. 14 was cosmetically restored into the interim HB&T paint scheme by Cherokee Mobile Services of Grove, Okla. The company also painted SP&S No. 50, MKT No. 6 and SP No. 4696. The following photos by Tom Marsh show the steel replacement and early paint work, which took place at the museum in early 2009. 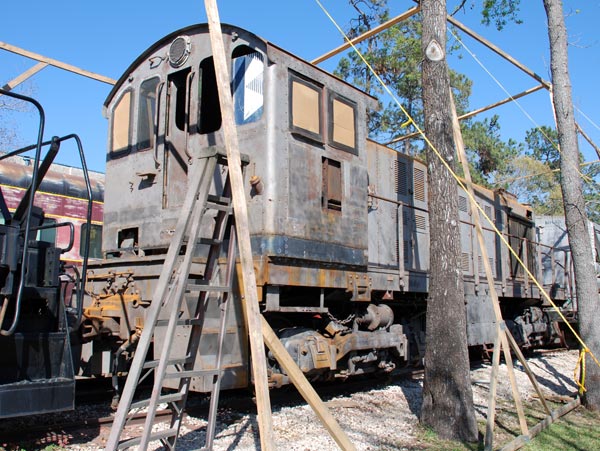 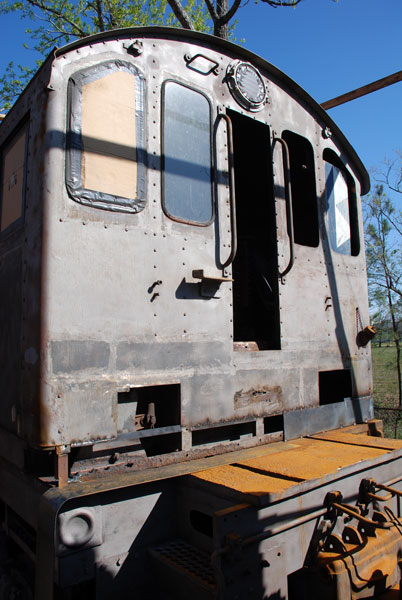 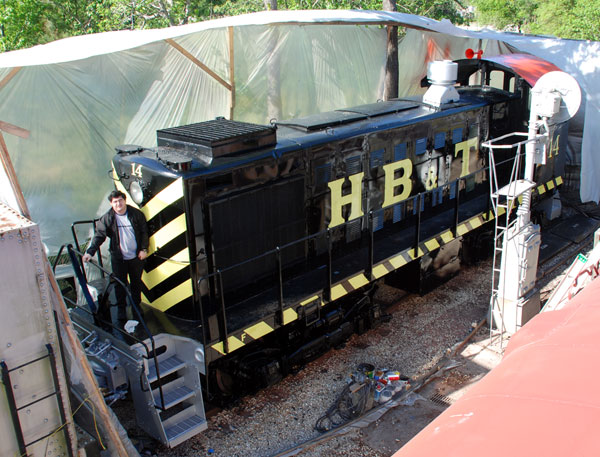