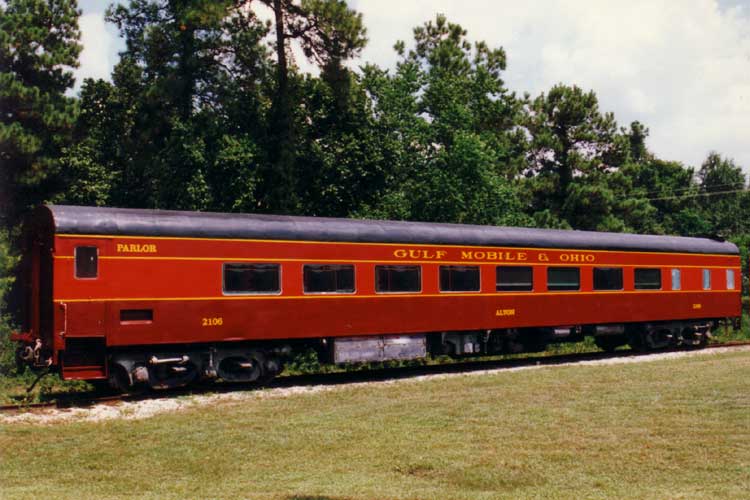 The Alton after being repainted by Gulf Coast Chapter – NRHS volunteers.  Photo by Don Kendall.

GM&O parlor car Alton is one of four identical cars built by American Car & Foundry (ACF) of St. Louis for the railroad. These cars provided first class service on the railroad’s Chicago to St. Louis streamliners Abraham Lincoln and Anne Rutledge. The Alton was ordered by the GM&O in January 1947, and was delivered by ACF in December 1947 or January 1948. The other cars were named (numbered) Springfield (2107), Bloomington (2108) and St. Louis (2109).

The cars remained in Chicago-St. Louis service until 1971, when the National Railroad Passenger Corp. (AMTRAK) took over operation of most passenger trains in the U.S. AMTRAK did not require the four cars for its truncated service network, and all were retired.

In 1972, the Alton was sold to Southwest Railroad Car Parts, a scrap dealer based near Longview, Texas. The car served as an office and later for storage space. A Gulf Coast Chapter – NRHS member brought the car to the attention of the museum’s board of directors, which negotiated its purchase in 1993. The $18,000 cost to purchase and move the car to Houston was paid for by donations from museum members and the general public. The car is now used for museum meetings and other events.

Interior fixtures are representative of the era. Originally fitted with 26 parlor seats and a five-seat drawing room, in later years two more parlor seats were added to increase capacity. The car essentially is a modified coach, with a luggage area immediately inside the vestibule door and overhead luggage racks above the parlor seats, only six of which remain. The drawing room incorporates a private toilet, and individual men’s and women’s toilets with annexes are provided at the rear (non-vestibule) end of the car. The women’s toilet annex incorporates a mirrored, two-seat makeup lounge.

The Alton moved from the scrap yard near Longview to the museum in Houston on its own wheels thanks to the efforts of Gulf Coast Chapter – NRHS Museum volunteers, employees of Southwest Railroad Car Parts and Union Pacific staff in Longview. Thanks to them all! 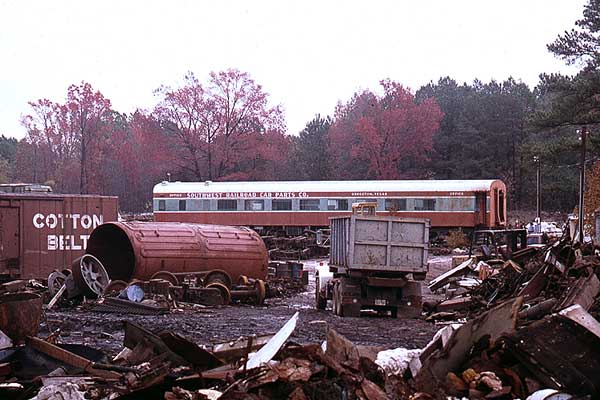 The Alton as we first saw it 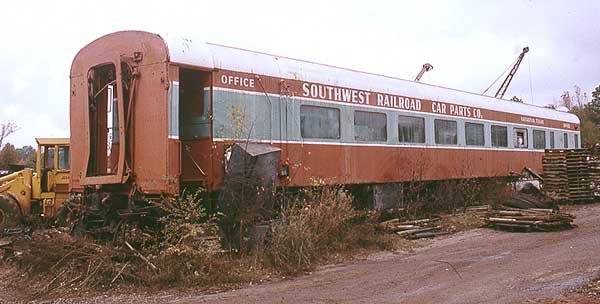 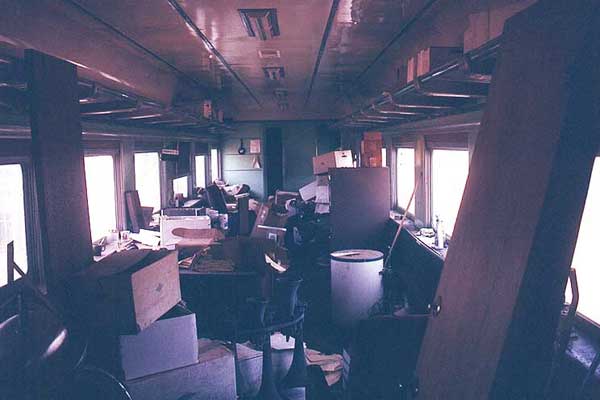 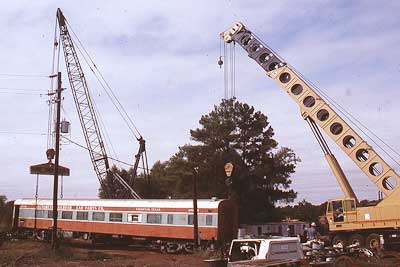 Three photos, maneuvering the Alton to a live track in the yard. 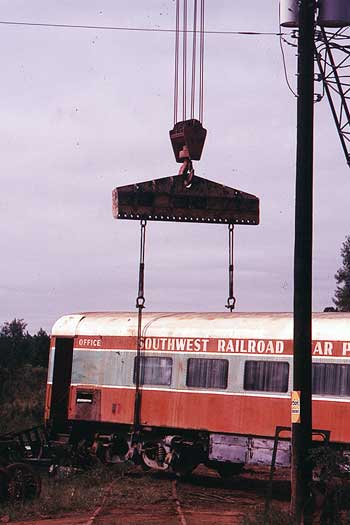 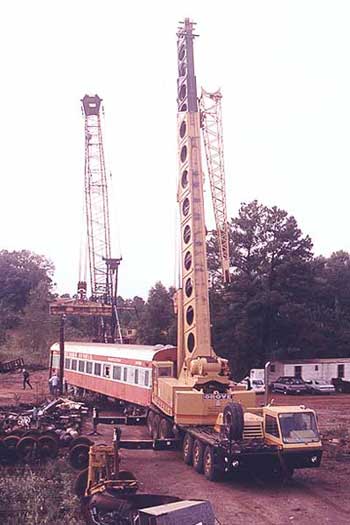 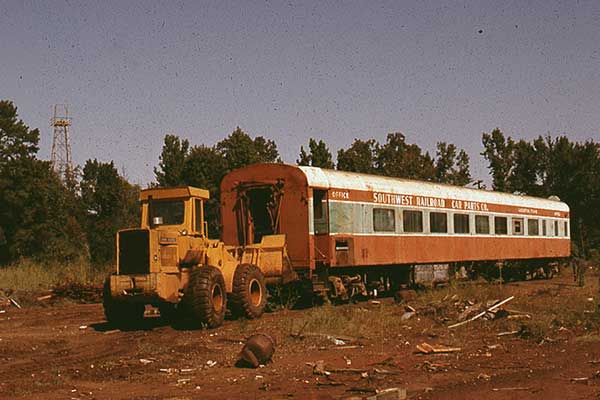 Above, the scrapyard’s “0-4-0” switcher moves the Alton on the live track. Photo by Howard Laker. 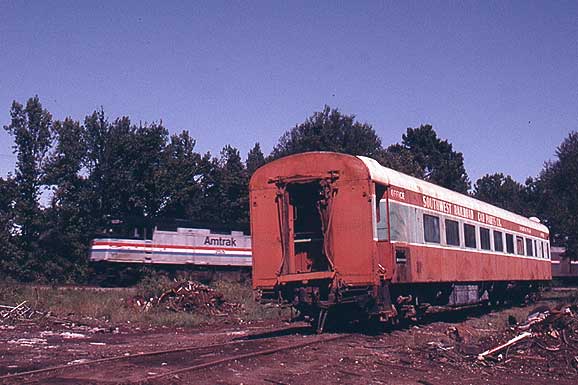 The Alton in position for museum volunteers to work on brakes and safety appliances in preparation for the move to Houston. That’s Amtrak’s Texas Eagle flying past. 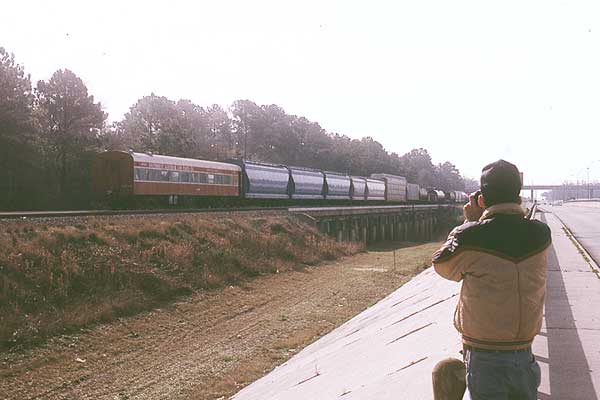 Three photos, the Alton arrives in Houston on the back of a UP freight train. 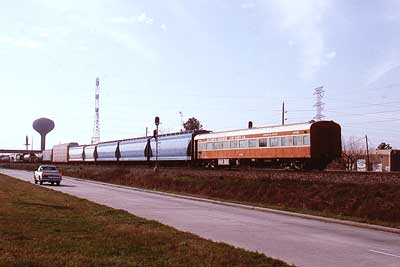 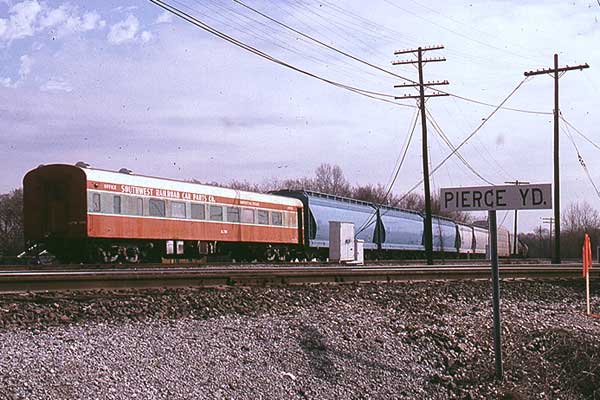 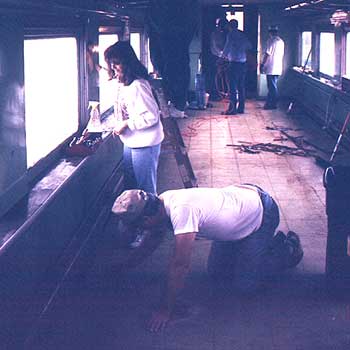 Museum volunteers clean the car and build steps for access. The Alton served as the museum’s primary meeting space for many years. 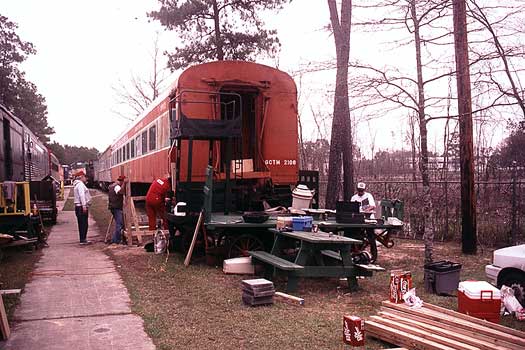 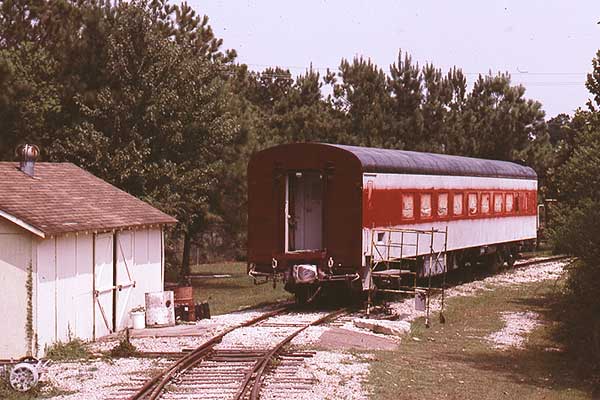 The Alton getting a fresh coat of paint. 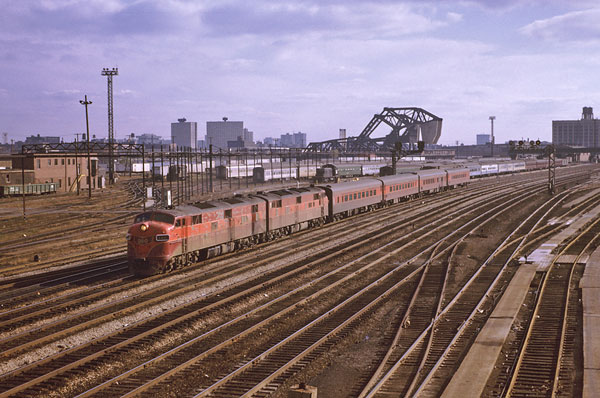 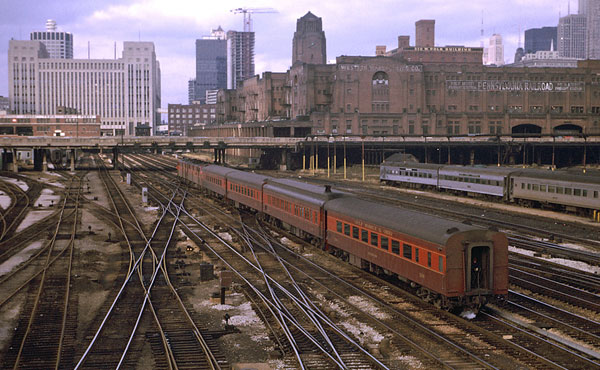 GM&O Train No. 4 was captured arriving in Chicago and then backing down to the coach yard on Oct. 31, 1970, by George Hamlin. The parlor car carrying the markers today is the Alton’s sister Bloomington.