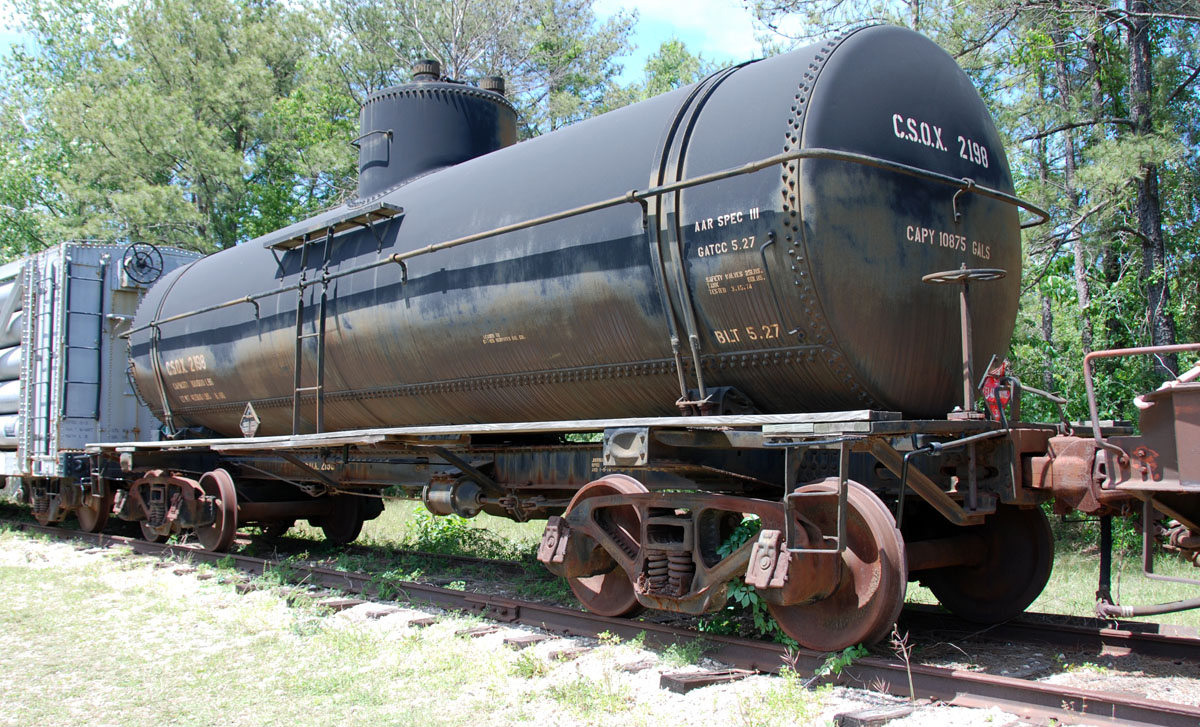 CSOX No. 2198 is typical of the thousands of tank cars that have carried crude oil and other commodities across America for more than 125 years. An estimated 140,000 tank cars were in service by 1930. Photo by Tom Marsh

We have very little information on CSOX No. 2198.  The car was built in May 1927 for the Cities Service Pipeline Co.  It ended its service days with the company by providing diesel storage at a Citgo Petroleum facility in the Houston area.  The company donated the car to the Gulf Coast Chapter – NRHS in 1984.

On December 31, 2002, the car left the museum on a flatbed truck, headed for the Union Tank Car Co. shop in Cleveland, Texas.  Just a few weeks later, the car returned, gleaming with a new coat of paint and other work, courtesy of Union Tank Car.  Our thanks to Union Tank Car and all of its Cleveland shop employees for taking on this project! 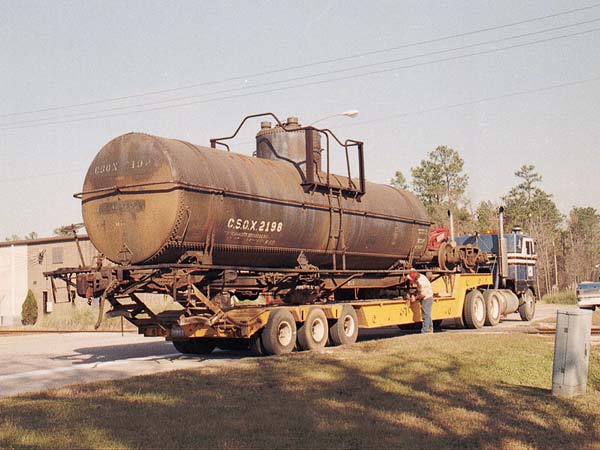 No. 2198 arrives at the museum after donation by Cities Service in 1984. Photo by Tom Marsh 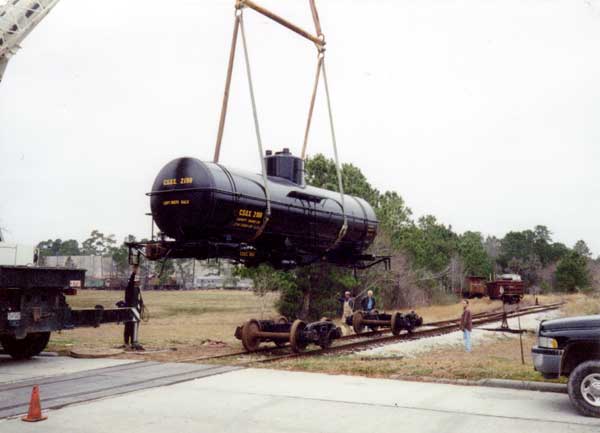 No. 2198 arrives at the museum in early 2003 after being refurbished by Union Tank Car Co. Photo by Bob Bucher