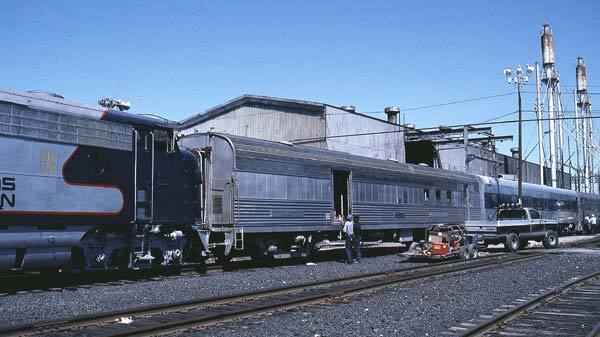 Above, No. 3401 is loaded with equipment in San Antonio in preparation for a trip to Dallas and the filming of Breaking Home Ties, a made-for-TV movie starring Jason Robards and Eva Marie Saint.

Santa Fe placed its order for baggage-RPO No. 3401 and sister car No. 3402 with the Budd Co. in August 1937, and the streamlined cars were delivered in April 1938. Originally assigned to the Kansas Cityan and Chicagoan, the 3401 eventually saw service on many ATSF trains, including the Chicago to Houston Texas Chief. The 3401 is one of the earliest streamlined RPO cars built for any railroad.

The 1960s saw the end of most railroads’ contracts with the U.S. Post Office for carriage of mail. As the mail moved to trucks and airplanes, many of the cars were scrapped. A number of Santa Fe cars were sold to the Penn Central, which continued RPO service on the Northeast Corridor’s shorter hauls for some years after the Post Office had quit using RPOs on most railroads. Fortunately for the museum, No. 3401 was not scrapped, and Santa Fe donated the car in 1968.

In 1988, Gulf Coast Chapter – NRHS marked No. 3401’s 50th birthday with a special celebration. The U.S. Postal Service was on hand in the car to cancel special covers commemorating No. 3401’s postal career. 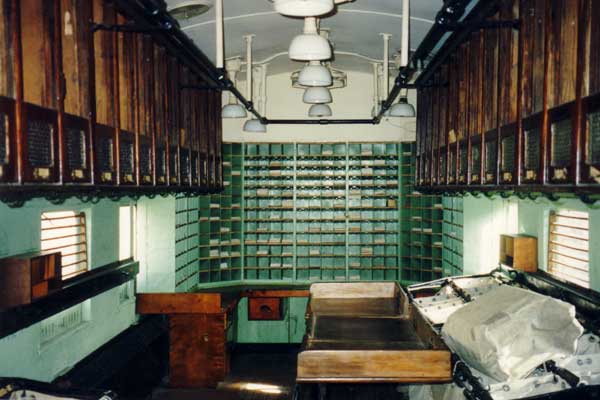 A view of the interior. 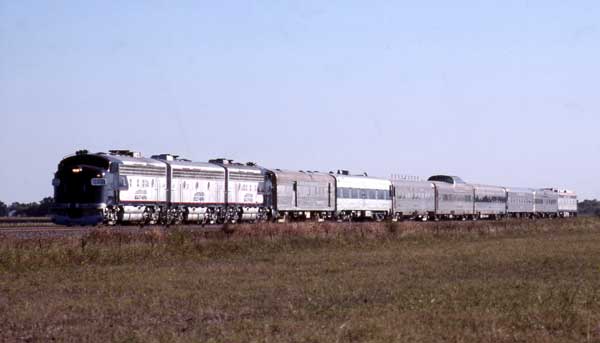 The movie train enroute to Dallas behind an A-B-A set of Texas Southern F-units. The stainless steel streamlined cars were used in the actual filming. Norm Schultze photo from the Gary Stuebben collection. 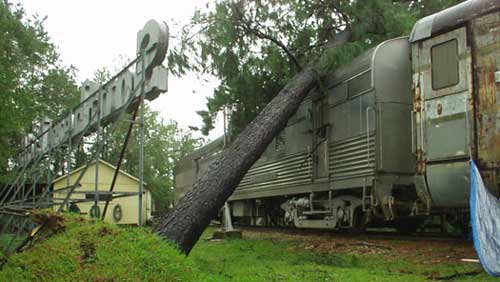 No. 3401 in the aftermath of 2008’s Hurricane Ike. Fortunately, the tree fell on the strong roof of the 3401, rather than on the more fragile SP sign from Grand Central Station.