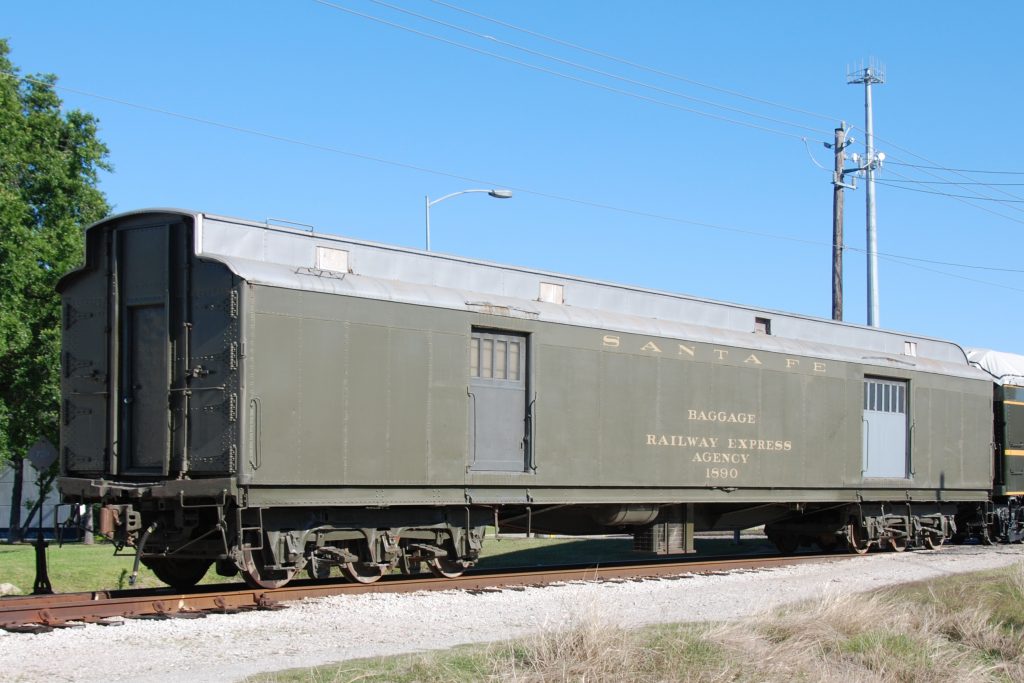 No. 1890, with its end doors, was used to transport light vehicles and other bulky freight.

In the late 1920s, the Santa Fe Railway upgraded its passenger car fleet with a large number of new cars.  Most were built by Pullman-Standard.  The 1890 was one of the cars purchased at that time.

The car features large end-doors, which facilitated loading bulky items such as sets for touring broadway shows, light vehicles and the like. Similar cars were built to carry horses; the “horse cars” are identified by the fact that they are equipped with three side doors, rather than the two incorporated into the 1890.

Santa Fe donated the 1890 to the Gulf Coast Chapter – NRHS in 1984. It has since been repainted to its original Pullman green.

AT&SF 1890 as it appeared upon its arrive at the museum after donation by Santa Fe. The car had been assigned to maintenance of way service before being acquired by the museum. Photo by Al Dykes.