Where 17 Railroads Meet the Sea 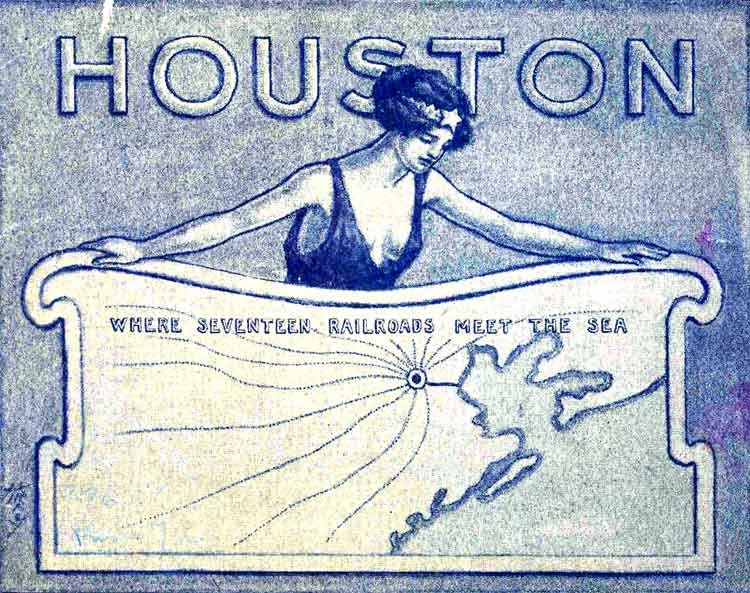 Houston’s Chamber of Commerce for many years touted the city as the place “Where 17 Railroads Meet the Sea” but the railroad references were less than precise.

Thanks to Texas railroad historian George Werner, we can offer these possibilities, based on companies in operation ca. 1926. Those with rudimentary math skills will note that George has come up with 18 possibilities!